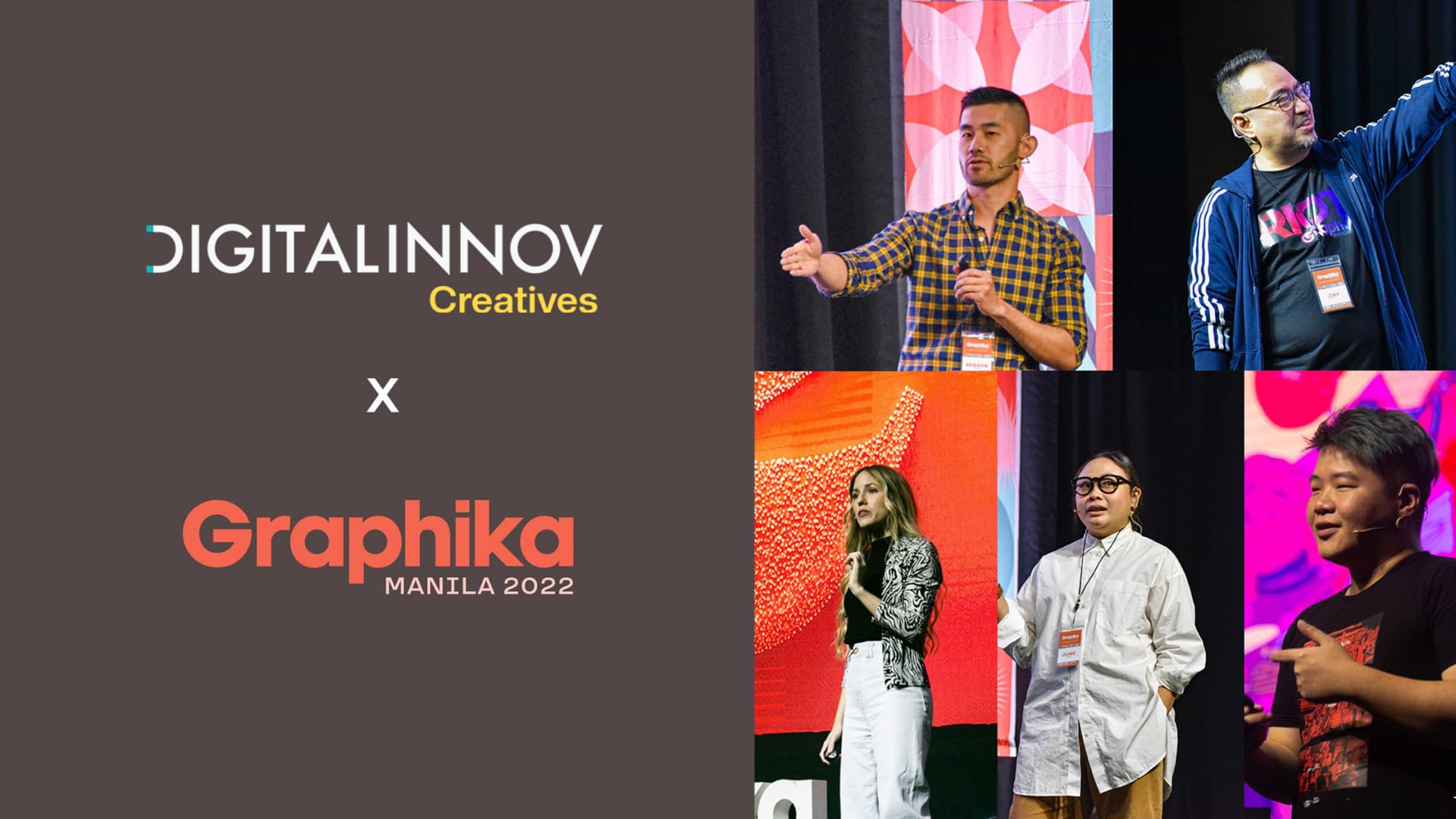 After a 2-year hiatus, Asia’s biggest creative gathering, Graphika Manila 2022, was held at SMX Convention Center, Pasay City, last August 14, 2022, and Digitalinnov was present along with other creative forces from known companies.

Stanley Lau, better known by his artist name "Artgerm," is the co-founder, creative director, and lead illustrator at Imaginary Friends Studios, a prestigious digital art studio that has worked with industry heavyweights such as Capcom, DC Comics, Marvel Comics, and others.

Stanley’s fantastic works are imbued with a strong sense of aesthetics and visual fluidity. He coined the name, Artgerm because he wants his works to be like a virus that can infect inspiration and motivation. His theme of discussion is ‘Courage to Change, ’ which tackles his artistic journey through the pandemic.

He shows how to expand our comfort zone in art, and one of his ways to expand growth is the ‘5% Rule’ that you always have to add 5% uncertainty while you work on your masterpiece to explore more of what you can bring to the Table & expand your skills consistently.

The next artist was June Digan, whose work evokes feelings and tells stories through delicate characters, fantastical settings, and intricate lettering. The digital medium is just one of many that she excels at; watercolors, gouache, and acrylic are just a few of her favorites.

She tackles the uncertainties of being creative in the Philippines. Until she found her style, it all started to make noise on Instagram; the rest is history. June's clients include Hewlett-Packard, Coffee Bean & Tea Leaf, Chewy, Toblerone Asia, Facebook PH, and Embassy of the Philippines Berlin, amongst many others. She is also represented internationally by Illo Agency.

The guys from Riot gave a different kind of energy as they presented their process of executing Gigil’s “Alien” (Max’s Restaurant Ad) and the famous RC Cola Ad, ‘Family.’ One of the most exciting parts of their presentation was a look at the Voltes V legacy, complete with concept stills from 2014, a license from Toei Animation Studios, and teaser trailers for the upcoming series.

Riot Inc. handles the animation for the series in tandem with GMA Post Production. Jay Santiago said they have worked on projects they never knew how to execute at first, but all they have is the energy to try new things.

Next was Disney Animation’s Benson Shum, who showcased a lot of famous Disney movies he worked on, like the favorite “Frozen.” From the sketching to its animation process, Ben said that everything was done in different departments to make sure that the body movements, Clothing Animation of the characters, and color grading were on point.

He showed some parts of the movie “Encanto” animation to demonstrate how a scene was done. He also led the process of how he made one of his children’s books, “Anzu, The Great Kaiju.”

Next in the fantastic set of speakers is Tina Touli, a London-based Creative Director. She was honored by Print Magazine as one of the 15 best young designers in the world aged under 30 (2017). She presented her out-of-this-world masterpieces by combining physical and digital elements.

Her specialty was using elements from the physical, like doing experiments with water, oil, and paint and finishing them digitally. She filmed herself doing experimental work in the studio and with other creatives to execute a one-of-a-kind art that fits the bill of clients’ work. For example, she shares a sneak peek of her work in progress to prove that inspiration can strike at any time and place.

One helpful tip she has imparted is that when you are in a creative block, you have to stand up and do other things like talking to your co-artists, playing around, and experiencing something outside of what you are doing.

Last but not least, Art Director Rob Cham, an illustrator and comic book artist delivered the keynote address. Over the years, he has illustrated for Uniqlo, San Miguel, The Philippine Star, The Rest is Noise, and CNN Philippines Life, as well as for a wide variety of other clients, including teachers, students, storyboard artists, colorists, caricature artists, and graphic designers.

He is also the art director for Linya-Linya. One of his pieces of advice: Don’t let your life just revolve around what you’re good at. He also highlighted one of the famous quotes from the late-night talk show host Conan O’Brien “Work hard, be kind and amazing things will happen.”

In its most basic form, an excellent creative agency combines branding and communications with digital marketing and graphic design. Ultimately, they can assist businesses in engaging a larger audience through the various marketing channels they utilize, including television commercials, social media, online advertisements, and events.

We were mind-blown by all the works that they shared with us. It gave us a new perspective on enhancing our profession and triggering new ideas and that creativity has no rules. Like them, growth never stops when you choose to explore the unknown, and failing is always the step to learning new things.

Why you should team up with Digitalinnov?
With the right approach, industry knowledge and technical skill set, digital marketing can be the secret to your business’s success. At Digitalinnov, we allow you to realise your goals in an effective and productive way! With years of experience working within the digital marketing industry, we understand what solutions work for each and every brand. Determining the marketing approach that’s right for you is what we do best.
Get Started! 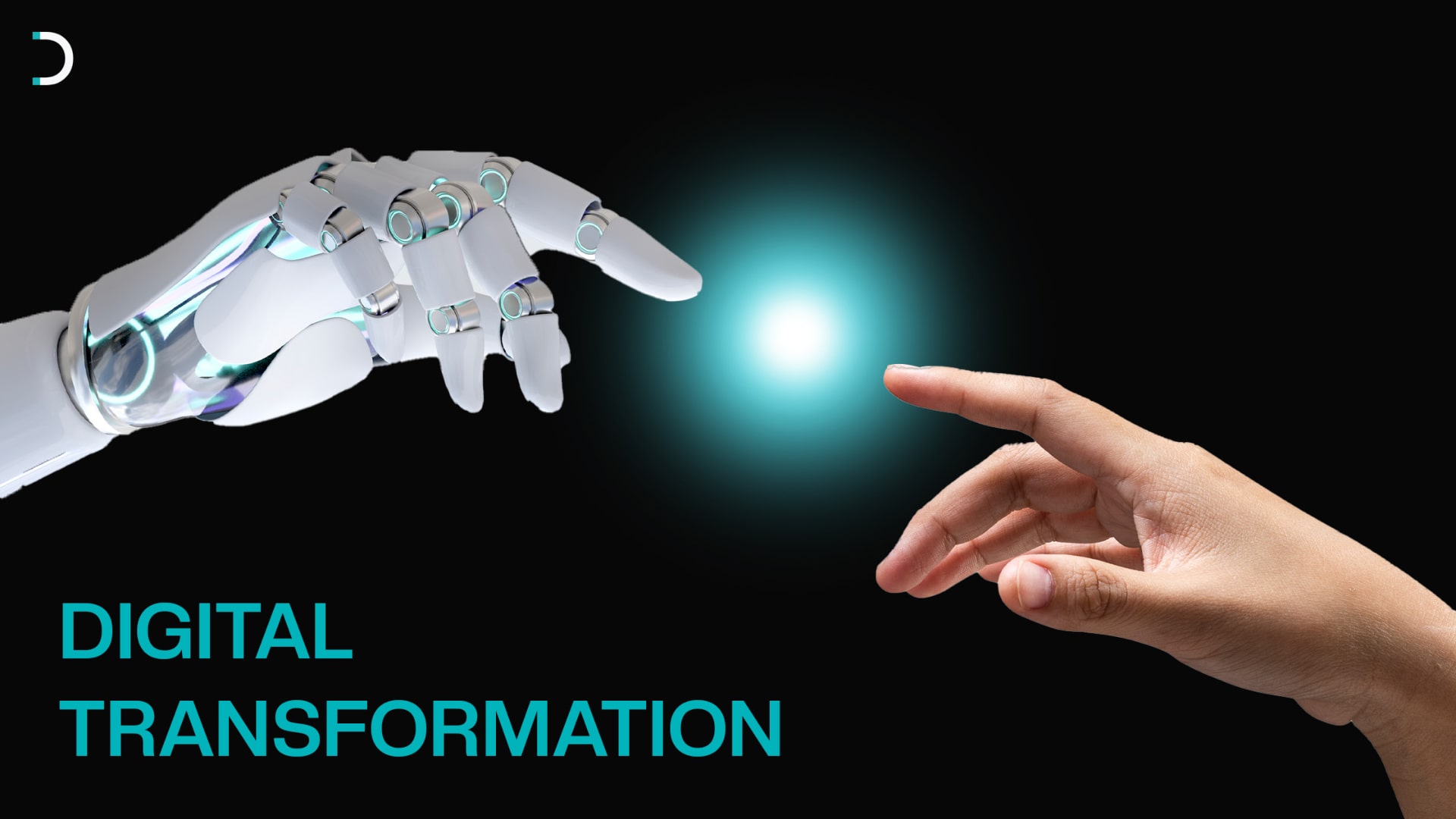 What is Digital Transformation?

What is Digital transformation? Digital Transformation is a process that tries to leverage digital technology to create or revamp operational procedures, change how you operate, and develop your capacity to adapt quickly and effectively to customers and competitors by becoming more flexible. 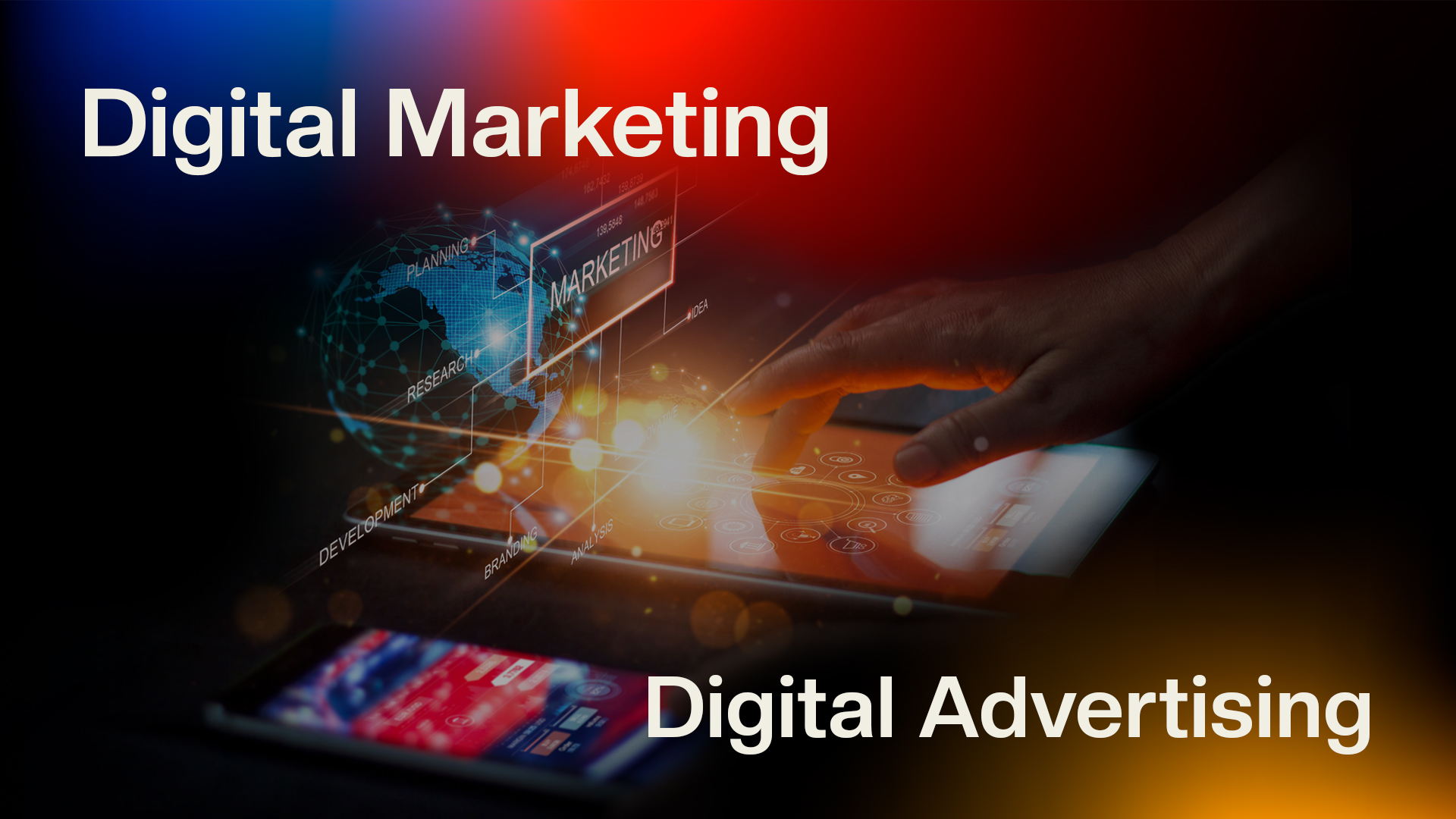 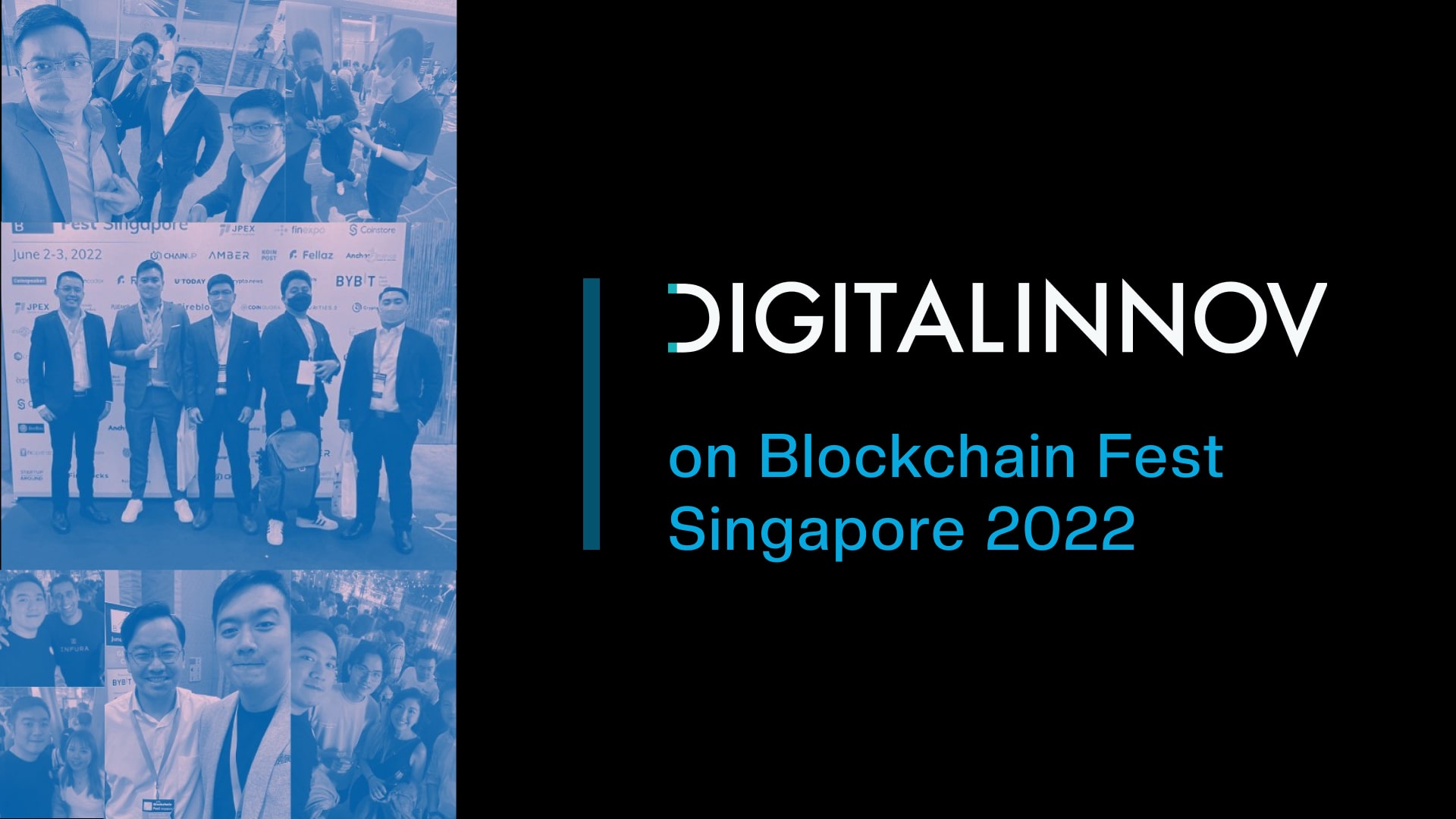 Digitalinnov went to Singapore for Blockchain Fest 2022 to exhibit and network at Marina Bay Sands Convention Centre. Digitalinnov on Blockchain fest is a great experience and opportunity for the company to grow.